The Other Patients in the Institution: Anna on the Lam 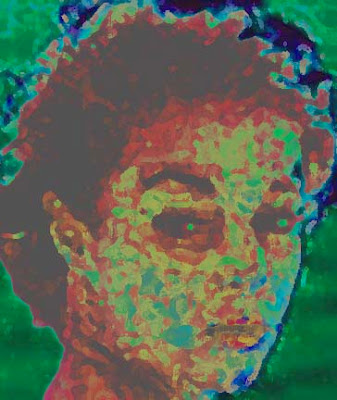 What a wild weekend. Anna, a chick who was admitted shortly after me, and her boyfriend Benito, took off from the hospital on Saturday. I knew that they were planning an escape, but I didn’t say anything to the staff. I figure it was their bag--they would have to suffer the consequences, whatever that might be.

Also, even after Anna told me about their plan, her daring escape still surprised me; of all the people I have met in here, Anna seemed the most together and the least likely to pull off such a bold stunt.

She’s smart, a natural leader, always reading the great books, and always very carefully groomed, unlike the rest of us who slouch around like bums. She’s not a pretty girl, at least in the traditional sense. She’s tall and raw-boned, swarthy complexion, but almost sapphire eyes. She has short black hair, but with a hint of gray--although she’s only 19--and it’s styled in early Beatles mop top, pudding bowl. She exudes a mannish quality, both in the way she dresses in golf shirts and slacks that look like they’re part of a man’s dress suit, and her mannerisms, especially her strident gait, like a business man on the way to an important meeting.

Goes to show that appearances aren’t always what they seem.

But, alas, Anna and Benito got caught on Sunday--they didn’t even get to the state line--and dragged back by the police and thrown into locked ward (separate, of course). God, they’ll be there forever. They might even go to jail.

Makes me think twice about just running off into the night--no money, no extra clothes. 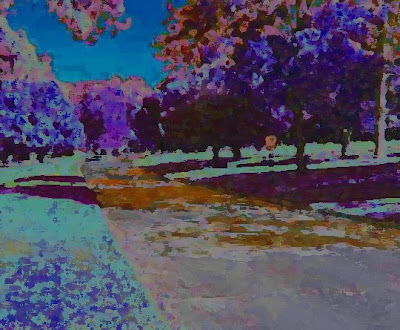 "The Long and Winding Road," The Beatles

*Names and identifying details of other patients have been changed.

Home and Index/Table of Contents
*
Posted by Jennifer at 3:59 PM

Labels: 1969, Cherokee, Cherokee Iowa, Cherokee Mental Health Institute, February-April 1969, The Beatles, The Long and Winding Road, The Other Patients in the Institution (Anna on the Lam)