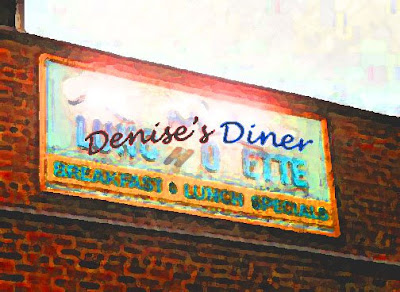 (Note: upon my conditional release from Cherokee, I was required to find a job--or return to the institution. I accepted a job at Denise's Diner, a greasy spoon on West 7th Street.) 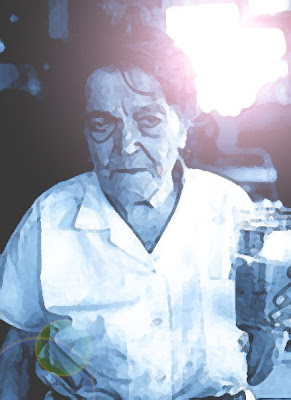 Denise*, the owner of Denise’s Diner*, is about the hardest, wrinkliest woman I’ve ever met, a nervous, bird-like chain smoker. She’s old, probably in her late 50's, maybe early 60's, and all skin and bones. Her hair, red with purple highlights, is teased into a rather large bouffant, overshadowing her tiny body, and her teeth are yellow with dark specks between them. Her voice is deep and raspy, like a man’s--she could out-cuss a sailor.

“You’re gonna work your goddamn ass off around here, for shit wages,” she said when she interviewed me. “But you can earn some good tips.” She took a drag on her cigarette. “Just play along with the guys--they like giving the girls a hard time--and don’t get all fuckin’ women’s lib on ‘em.”

I can do that, at least for a few weeks.

“And get your ass in gear, and don’t poke. I do most of my business at lunch--these men gotta get fed fast and back to work.”

I’m glad this job’s temporary. A shitty buck an hour, plus tips, to start. But I’m just interested in staying out of Cherokee and splitting this town. Soon, I’ll be getting that $116.00 refund from the government, and I’ll save every spare penny. 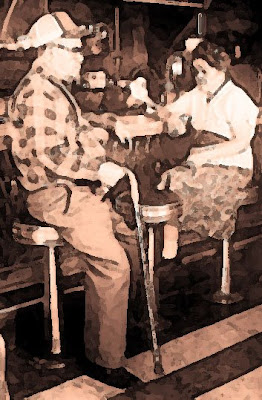 I can’t wait to quit this job. Denise is such a two-faced bitch, jabbering about working hard, but she lounges around, chewing the fat with the guys, and chain-smoking those god-awful Camels without filters. If there was ever a reason to quit smoking, she’s it. I don’t want to grow old looking like a dried up prune.

Even when it’s super busy, she doesn’t hustle her butt any--she just barks at the help to move faster. What kind of an example is that?

The guys talk dirty to her, she thinks it’s hilarious, but it’s just gross. Customers or not, I’m not taking that kind of crap. After one creep pinched my butt, I told him off.

I’d like to tell her to go to hell, but I need this job, at least for a few days. But, damn it, no old fart had better touch me, unless I give him express permission. 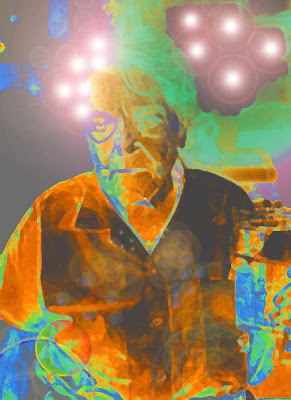 Denise is not only a bitch, but also a crook.

I was about to clear the counter in my station--it was a mess because lunch had been busier than usual, so I was behind in my cleanup--when Denise said, almost too sweetly, “Honey, you take a short break.”

I got a bad feeling--it just didn’t fit; usually, she’s yelling at me to get my ass in gear. Still, I like to give people the benefit of the doubt, so I got myself a Coke and sat in a booth.

You can tell Denise has been at this job a long time: she had that counter cleared and cleaned in five minutes, but she wasn’t quite fast enough with her sleight of hand: from the counter she slipped a dollar bill, my dollar bill, into her pocket.

A measly one buck an hour, and your fucking boss rips you off. If this is the Establishment, then you can have it. “You took my dollar,” I said.

I wanted to strangle that woman, but if I confronted her, she’d deny it, and then fire me for false accusations and insubordination.

I’m going to quit as soon as possible and split this godforsaken town.

Where is that tax refund, anyway?

*Name of person and business have been changed.

Home and Index/Table of Contents
*
Posted by Jennifer at 7:32 PM