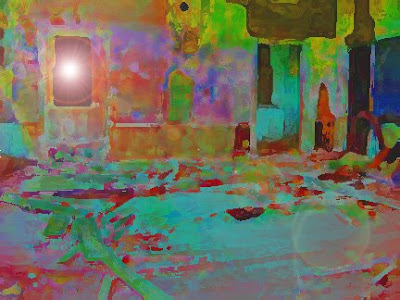 -
December 1968
-
Stoney left 45 minutes ago for San Francisco, to score some acid. We decided it would be best if I stayed behind–save money to buy a van.

It’s so cold in here, no heat, no one to keep me warm. I wish I could have gone with Stoney. He says he’ll be back, at the latest, by tomorrow evening.

I can’t wait. I’m so alone; no one’s around anymore. Pam went back to Arizona for the holidays, and Jeff split weeks ago. Why did Big Brother Jeff just up and leave? Not even a goodbye kiss. I don’t understand why his going back to Pennsylvania was so important. He talked about it, but I never thought he’d actually do it.

Now that Stoney’s away, I’ve been thinking a lot about Jeff. He’s a puzzle. If he were here, I’d find him and invite him over; we’d sit up all night and rap about music, movies, and books. He’s really bright, but sometimes he talks over my head, with all that philosophy stuff. He should go to college, do something important with his life, not bum around like Stoney and me, go to college at USC or UCLA and still be a part-time hippie.

I wrote him a letter, begging him to come back.

What does Pennsylvania have that California doesn’t?

I’ve no wish to go back to Sioux City–I’d rather stay here by myself, in this smelly, dirty dump, a strange pad, bright blue paint, hardly any furniture. Our first day here, I turned on the tap and whoosh! Water, water, everywhere, a missing pipe. What a mess; we’re only going to stay here another month. I didn’t want to move out of the dorm until after Christmas, but Miss Miller said Pam and I had to get out by the first of the year, but we decided to split on December 1; Horton and Miller kept hassling us; they hated Stoney and Jeff and their smoking in the sitting room (la, de, da). And Stoney was forced to move out of The Crystal Ship–Duane paranoid about Stoney’s stash.

We three pooled our money together for this place, though Pam stayed back at the Dorm. Why did she kick in if she’s not going to live here?

Now I’m flat broke, no job; I quit two weeks ago–well, I just stopped going. The bank has probably figured out I’m not coming back.

I bounced a check last week. I had no choice–Percy, a friend, needed help, though he turned out not be such a good friend, but a ripoff artist and bullshitter. He claims he has sex with rich and famous queers for money and needed a loan to get a dose for the clap. Said he got it from Liberace. Gross.

Percy spent the money, my money, on new boots and a cowboy hat. He did buy me breakfast, though.

Index/Table of Contents
Posted by Jennifer at 4:46 PM