What is Memoir? (Wikipedia Definition) 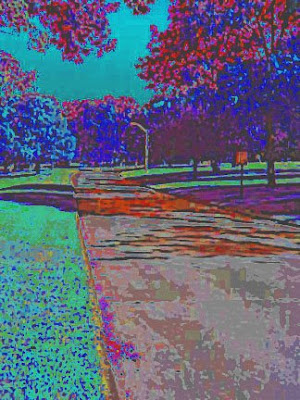 As a literary genre, a memoir (from the French: mémoire from the Latin memoria, meaning "memory"), or a reminiscence, forms a subclass of autobiography--although the terms 'memoir' and 'autobiography' are today almost interchangeable. The author of a memoir may be referred to as a memoirist.

Memoirs may appear less structured and less encompassing than formal autobiographical works as they are usually about part of a life rather than the chronological telling of a life from childhood to adulthood/old age. Traditionally, memoirs usually dealt with public matters, rather than personal, and many older memoirs contain little or no information about the writer, and are almost entirely concerned with other people. They tended to be written by politicians or people in court society, later joined by military leaders and businessmen, and often dealt exclusively with the writer's careers rather than their private life. Modern expectations have changed this, even for heads of government. Like most autobiographies, memoirs are generally written from the first person point of view.

Gore Vidal, in his own memoir Palimpsest, gave a personal definition: "a memoir is how one remembers one's own life, while an autobiography is history, requiring research, dates, facts double-checked." It is more about what can be gleaned from a section of one's life than about the outcome of the life as a whole.

Contemporary practices of writing memoirs for recreational, family or therapeutic purposes are sometimes referred to as legacy writing or personal history. Such products may be assisted by professional or amateur genealogists, or by ghostwriters.

Memoirs have often been written by politicians or military leaders as a way to record and publish an account of their public exploits. In the eighteenth century, "scandalous memoirs," allegedly factual but largely invented, were written (mostly anonymously) by prostitutes or libertines: these were widely read in France for their vulgar details and gossip. In another vein, the pagan rhetor Libanius framed his life memoir as one of his orations, not the public kind, but the literary kind that would be read aloud in the privacy of one's study. This kind of memoir refers to the idea in ancient Greece and Rome, that memoirs were like "memos," pieces of unfinished and unpublished writing which a writer might use as a memory aid to make a more finished document later on.

Women writers have been prominent amongst those combining the memoir form with historical non-fiction writing. Examples include Helen Epstein's Czech-based Where She Came From: A Daughter's Search for her Mother's History and Jung Chang's Wild Swans. Maxine Hong Kingston's book The Woman Warrior is an example of a memoir that combines factual material with fictional material as it tells the author's story and the story of her family.

Some professional contemporary writers such as David Sedaris and Augusten Burroughs have specialised in writing amusing essays in the form of memoirs. To some extent this is an extension of the tradition of newspaper columnists' regular accounts of their lives. (Cf. the work of James Thurber which often has a strong memoir-like content).

Retrieved from http://en.wikipedia.org/wiki/Memoir
Posted by Jennifer at 9:45 PM