Out Take: A Note on the Manson Family (Appendix E) 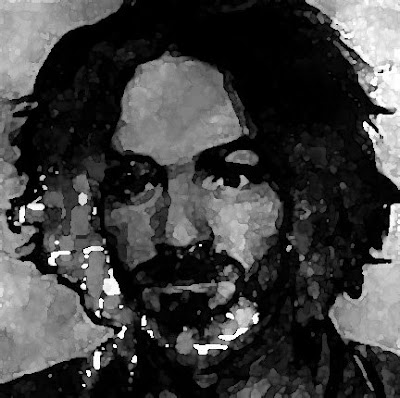 Manson told the [family] on New Year’s Eve 1968: “Are you hep to what the Beatles are saying? Helter Skelter is coming down. The Beatles are telling it like it is.” –Family member Brooks Poston

I consider myself lucky, Cherokee notwithstanding. Although Charles Manson and his entourage of adoring girls, when not at Spahn Ranch, hung out at the some of the same Hollywood places I and my friends frequented, I do not remember meeting any of them. They weren’t widely known in late 1968 and early 1969–the Tate-LaBianca murders hadn’t occurred yet.

What if I had remained in L.A. and continued to wander around the streets aimlessly? What if my grandfather had given up on me and I found the Manson Family? The timing would have been exactly right, and I might have been drawn to such a group–that is, before the murders. Would I have had the courage and strength to leave when the situation turned ugly? 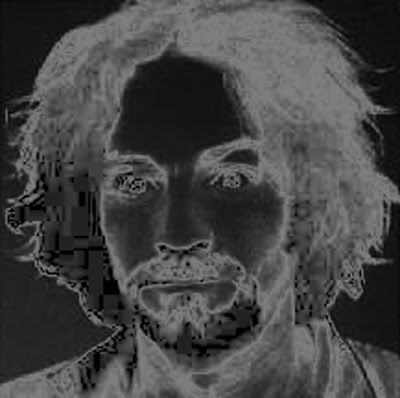 To my credit, after the episodes with the spiked tea and the bullet fired through the window, I did ditch Rudy and his family-esque entourage. I have no reason to believe that Rudy was a killer like Charles Manson, but he did share some similar characteristics, such as attracting young women and holding sway over them. But other than the spiking of my tea, which I did not appreciate, Rudy treated me okay–“okay” being a relative term–allowed me some space: when I said “no” to his sexual advances, he didn’t press too much.

Although some of the girls left the Family when Manson started ordering the murders, Susan Atkins, Leslie Van Houton, Linda Kasabian, and Patricia Krenwinkel remained and participated in those heinous acts.

These young women had not set out to murder innocent victims when they joined the Family; they had been ordinary young women in transition, looking for someone to accept them. Manson, the archetypal heart of darkness, filled that role.

I, too, was a young woman trying to find my place in the world. Yet I also enjoyed a natural instinct that warned me against people who would prey upon me–certainly, as a savvy six-year-old child who wandered the streets of L.A. alone, I had been able to fend off potential predators, by running away when they offered candy.

Documentary of the 1969 Manson Murders--Headliners and Legends

The young women who joined the Manson Family were very much like me, ranging in age from 15 to 28, and experiencing issues with their families and looking for acceptance from anyone who would offer it. They bought into the hippie life style and took drugs–LSD, amphetamines, marijuana. They rejected the establishment, but some of them crossed that proverbial line, murdering ordinary people and celebrities who embraced the so-called “establishment.” 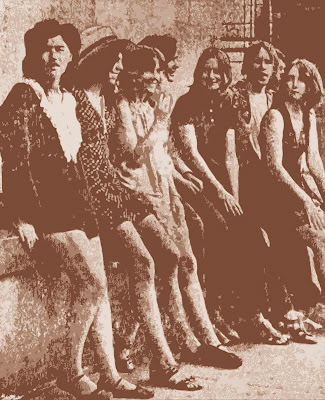 Could I have crossed that line?

I like to think that I couldn’t have been swayed to plunge a knife into a human being; certainly, some of the Manson girls did leave the Family shortly after the murders:

Over the years, other women drifted away from Manson’s influence, including the three women who, to this day, remain in the California prison system, serving out life sentences, commuted from death, when, in 1972, California overturned the death penalty. Susan “Sadie” Atkins, arguably the most notorious Manson girl, had embraced Charles Manson’s beliefs fully. At the Tate murder scene, she had rounded up the victims and helped her accomplice Tex Watson tie them up. When Voytek Frykowski tried to escape, she stabbed him in the legs, crippling him so that Watson could finish him off. Atkins reportedly held Sharon Tate down. As Tate, eight months pregnant, begged for her and her unborn son’s life, Atkins said, “Look, bitch, I don’t care a thing about you. You’re going to die and there’s nothing you can do about it.” Watson then stabbed Tate to death. After the killings were over, Atkins dipped her finger into Tate’s blood and painted the word “Pig” on Tate’s front door.

By 1974, Susan Atkins had become a born-again Christian and even started a ministry at the California Institution for Women (CIW).

Patricia “Katie” Krenwinkel had, on the night of August 8, stabbed Sharon Tate’s friend Abigail Folger several times and, on the following night, stabbed Rosemary LaBianca. In a 1994 Diane Sawyer interview, Krenwinkel expressed remorse: “I wake up every day knowing that I’m a destroyer of the most precious thing, which is life; and I do that because that’s what I deserve, is to wake up every morning and know that” Leslie van Houton, who had stabbed Rosemary LaBianca 16 times in the back, gradually pulled away from Manson’s influence and has since published her fiction in Pros and Cons, an anthology by prisoners. Three of the women reportedly lead exemplary lives and have nothing to do with Manson.

At least two of the women, however, still remain faithful to Charles Manson: Lynette “Squeaky” Fromme, still in prison for her 1975 attempted assassination of then-President Gerald Ford, and Sandra Good, who currently lives in Hanford, California, where Charles Manson continues to serve his life sentence. Fromme has been eligible for parole since 1985, but has refused to apply for a hearing.

I could have been on my way to being any one of these women, living either in a bricks-and-mortar prison, or experiencing another kind of prison, the knowledge that I, as an immature teenager, had participated, albeit indirectly, in activities leading to the destruction of at least eight lives, maybe more.

What would I have told my son, and, years later, my grandchildren?

A more chilling possibility: a New York Times news story reported the December 30, 1969, abduction and slaying of Marina Habe, 17, daughter of a film actress and novelist; later, investigators discovered that the teenager, whose body was recovered on New Year’s Day 1969, had a direct connection with the Manson family.

Police suspect that Habe's murder was directly related to her ties with the Manson group. Although nothing has been proved conclusively, this murder does suggest that at least some of the Family members were in Hollywood area at the same time as I.

I not only hitchhiked with Stoney and others and with Rudy “for money,” but I often hitched alone, mostly on the strip, getting into cars with strangers. At various points in the memoir, I mention some close calls.

Early on New Year’s Day, when faced with the dense smoke at the Mission Hotel, I was presented two choices: to go out the window–from where I could see–and drop from the second story, or run blindly toward the stairs. Fortunately, I chose the right course by choosing the stairs.

But joining the Manson Family had not been introduced as an option, and, perhaps, I have my grandparents to thank for that. 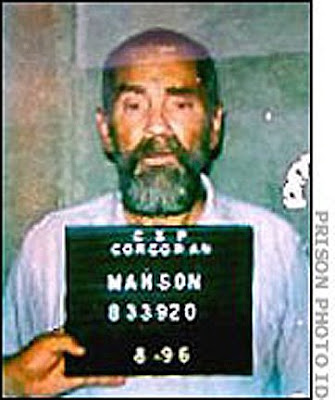 "A Note on the Movement of Time" is copyright 2008, by Jennifer Semple Siegel.

This text may not republished or reposted without permission.

Index/Table of Contents
Posted by Jennifer at 2:22 PM