Out Takes: Snippets Here and There 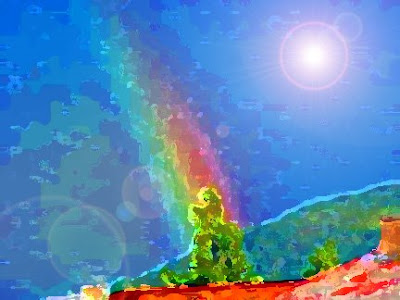 How do I explain my writing time here in Skopje?

In a sense, I have embarked on two journeys: the actual journey across the ocean, and my return journey into the past. Ironically, the journey to Skopje is also a journey into the past because Jerry and I were here 16 years ago when Macedonia was still a republic of Yugoslavia.

Yes, we have reconnected with many of the same people, but it's as if they have all moved to somewhere else and we have come to visit them.

Skopje, with all its new buildings and changed landscape, feels like a new place with a renewed energy.

For me, the idea of a journey is both metaphorical and actual, and sometimes both.

In 1969, there was something intense about waiting in a mental institution for an answer to a question via the postal service; from postmark date, letters took 2-3 days to complete their journey. Daily, anticipation electrified the air as Jeff (in Pennsylvania) and I (in Iowa) waited for the postman to arrive, disappointment palpable if nothing arrived that day. Often, we, at any given time, were at different emotional stages as our letters cris-crossed across the country.

Electronic devices would have given us instant access to each others’ feelings, and, perhaps, our responses would have been more impulsive and heated. The act of physically writing a letter with pen and paper seems to have had a more equalizing effect on the psyche than an instant message or phone call, an opportunity to “consider” or even “reconsider” a reaction, which is not to say that we weren’t impulsive--a few letters got sent that should have been iced, but, for the most part, we “censored” ourselves. I suspect that many romances conducted through the web fizzle rather quickly.

Letters, even as they age and turn yellow, are tangible relics from the past. More people, I suspect, saved old love letters than will have save old love e-mails, but time will prove or disprove that theory. Even if old lovers do save their e-mails, the words will look the same on the electronic page 10, 20, 30, 100 years from now.

Also, handwritten letters are especially revealing about their authors, disclosing mood, personality, intelligence, and education--in e-mails, one does not get the characteristics and idiosyncrasies of handwriting.

But the truth is, had the electronic age been upon us 35 years ago, Jeff and I would have used any device that would have put us in quick contact, just like young people do now.

In Jeff’s home, the family would have had a computer, hooked up to the internet, and the mental institution would have had some stations available for patient use.

No doubt, I would have had a cell phone--I’m not sure about Jeff. 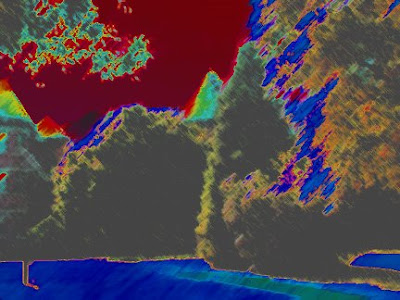 I have no pics of that era. [Most of the illustrations on this blog are symbolic representations of that other time.] I e-mailed Nancy Seaman of Hollywood Hangover about posting The Mission section, and when she asked if I had any pictures, I realized I had none. I also have no pics of my time in the institution.

Cameras, I suspect, were not allowed there. It never occurred to me to “sneak” pictures-- 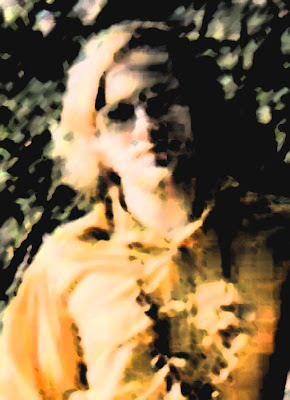 One of Jeff’s early paintings comes to mind. It was rather crudely done, almost in a primitive style, but the idea behind it imparted a somewhat gloomy, existential outlook on the human condition, the repetitiveness of human tasks, many of which are quite pointless.

An observer (unseen) is (presumably) sitting high up in a tree, looking down, between two or three leaves, in various fall colors, at a middle-aged man, balding, working hard at raking leaves into a huge pile.

No title or caption needed. 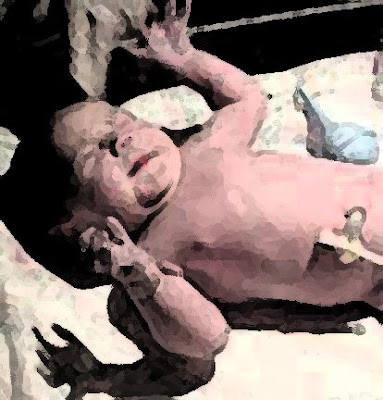 It felt strange writing this book as I awaited, from afar in a foreign land, the birth of a grandchild that Jeff and I share; on the one hand, our romance probably should have never evolved into a full-blown relationship and our eventual marriage, and, yet, as I look at the pictures of the lovely Rhia Alden Brown, our path back then was exactly right.

Jeff and I had planned on naming Eric “Eric Alden Brown,” but, at the last minute, decided on “Nicholas” instead--we thought the name sounded “too old” for a baby. We were so young that we couldn’t quite grasp that our baby would grow up and into the name. Eric and Priscilla chose the name because she’s a direct descendant of John Alden (of Mayflower fame), and, in her family, at least one child of each generation assumes “Alden,” usually as a middle name. 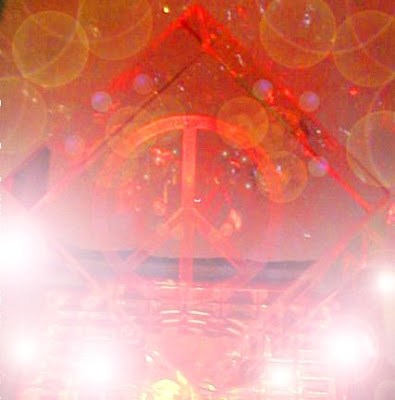 A note on the first page of the first draft of my memoir:

I had decided that this would be part memoir, part history.

To that end, I spent three months surfing the internet, searching for interesting historical events to weave throughout the book .

What I found: too much of a good thing--it was the 1960's, after all--swelling the first draft of the book to almost 800 pages.

Lovely material that ended up on the cutting room floor.

Perhaps I'll post some of those historical snippets on this blog. 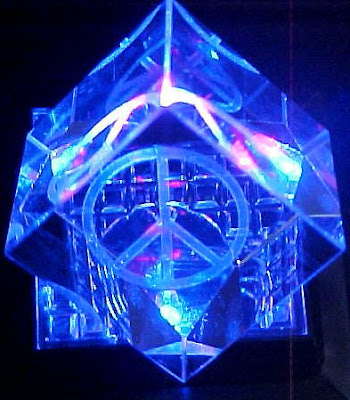 "Snippets Here and There" is copyright 2008, by Jennifer Semple Siegel.