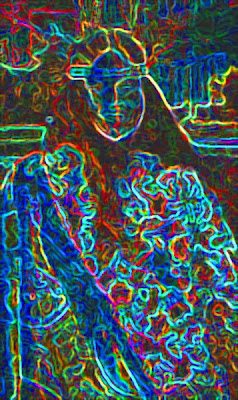 (Hollywood)
Just my luck, having the cops show up like they did, looking for Stoney.

What has he done, anyway? Must be bad.

I stumble downstairs to Rudy’s pad and pound on the door.

Words won’t come. Instead, I bawl.

A skinny and a chubby girl argue over a pair of red silk underpants, something about the chubby one borrowing them and stretching them out. 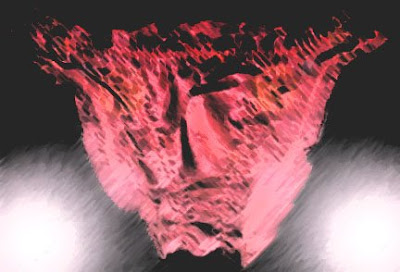 “How am I supposed to turn tricks in baggy panties?” the skinny girl shouts.

“Knock it off, Linda,” Rudy shouts over the din. “You don’t need panties for what you’re going to do. Johns don’t give a fuck about underwear. Just squat and screw. Better yet, suck.”

Linda growls and slides the panties on anyway. She shakes her finger at the chubby girl. “You stay out of my things!”

The chubby girl gives her the finger and stomps out the front door.

“Women,” Rudy says, shaking his head. He turns to me. “Now, what’s the problem?”

The story spills out. “I’m going to get busted!”

“Look, Jennifer, they’re not after you. You’re nothing to them–they want Stoney, and they think you’ve got information.”

“Yeah, that’s what cops do when they ain’t got shit.”

“Phoebe!” Rudy snaps his finger to one of the girls on the floor. She jumps up. “Get Jenny here a cup of tea, with lots of sugar.”

“Okay.” Phoebe disappears into the kitchenette.

“It’ll be good for you, calm your nerves.”

I don’t even like tea much–but I don’t argue when Phoebe serves me the steaming cup. 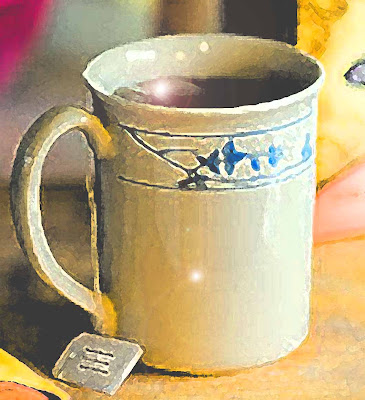 I take a sip; the tea is super sweet, with a bitter aftertaste. I set it down. “I don’t want it.”

“It’s a special kind of tea from Mexico,” Rudy says, picking up the cup and pushing it back to me. “Supposed to help you relax. C’mon, drink up.”

Reluctantly, I drink, but this has got to be the most appalling tea I have ever tasted–why does Rudy insist I finish it?

That bastard spiked it. Downers, lots of them–not a damn thing I can do, except go with it, sleep it off... 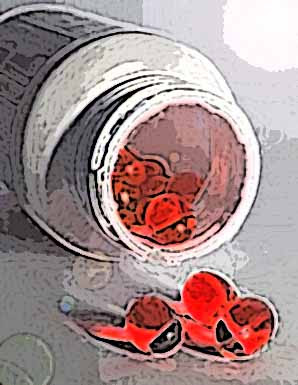 Hope I don’t O.D. and die like my mother’s best friend Cee...

...I slip in and out of consciousness–not like acid. Downers render you stoned and stupid. Acid blasts you into alternate universes–this shit immobilizes. 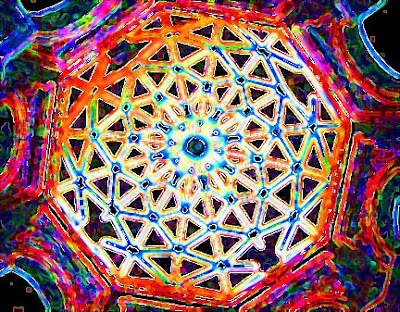 I’m flat out on Rudy’s sofa, unable to move–awareness slowly returning. I’m conscious of time passing, but how much, I don’t know: a minute, an hour, a week–it doesn’t make much difference; I’m not going anywhere until my body says I can.

I catch bits and pieces of conversations, mostly petty bickering among the girls, fighting over Rudy, some disappearing into his bedroom.

Two girls not invited into Rudy’s inner sanctum get into a cat fight, scratching and biting each other, nearly falling on top of me.

In slow motion, Rudy reaches for his right pant leg, hikes it up, and grasps the pistol from his sock. He raises it into the air and aims for the front window. He cocks the trigger. 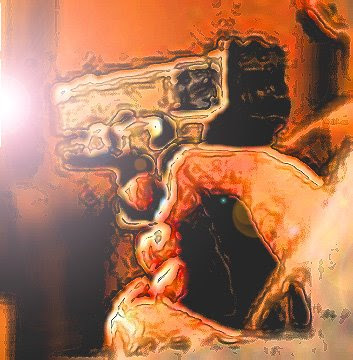 A lick of fire escapes from the barrel.

In slow motion, the cylinder hangs in mid air before creeping over my head, arcing slightly and traversing across the room, eventually shattering through the window as if it were ice, shards exploding, clinking like cubes in a glass. 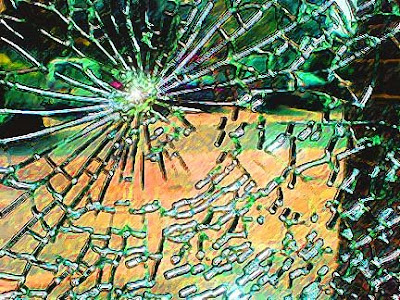 Smoke swirls out of the barrel. “That’s enough, girls,” Rudy says softly, recocking the pistol, aiming dead on at the two chicks. 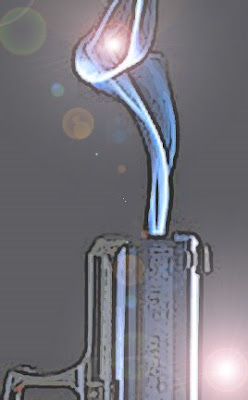 I’ve got to drag myself away, even I’m tossed into the slammer for the rest of my life. Better than dying here with a bunch of crazies, gun fanatics, sex perverts, and drug addicts... 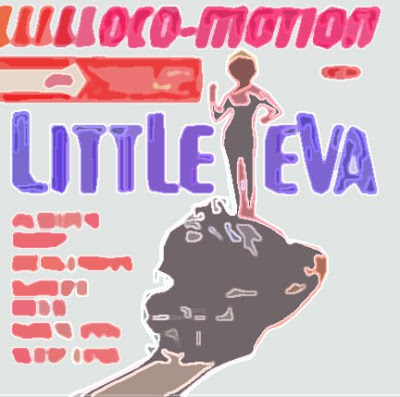 Tessa sings along as she stands at the sink, washing dishes– 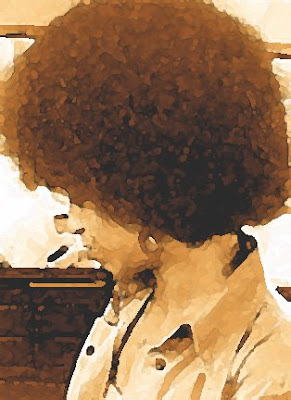 Tessa’s apartment is three doors down from Rudy’s.

“Ah, you’re awake. I found you propped up in front of my door when I got home from work–could barely move you. What’s with you, girl?”

I offer the short version of Stoney’s splitting and events at Rudy’s, making sure that Tessa, totally anti-drugs, knows I didn’t take the downers willingly.

“Girl, you were right to get out of there. That guy’s a nut cake.”

“It all has to do with your subconscious–” Tessa is a Psych major at UCLA–“the will to survive is deeply ingrained. The mind can propel the body away from danger, even if you’re paralyzed.”

“Thank you,” I say, my eyes growing heavy again.

Tessa wipes her hands on a dish towel. “Just trying to help a lost girl.” She pulls the sheet straight. “I got to study now. Just sleep it off. I’ll fix something after you shake the dope off.”

Drifting in and out of consciousness, I’m safe, warm in the womb of Tessa’s guest bed. 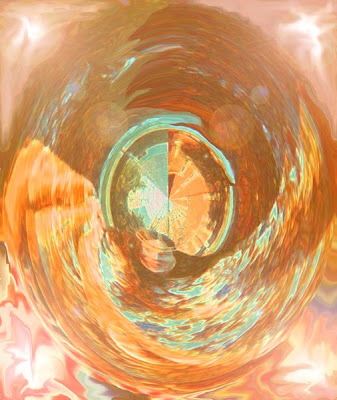 I roll out of bed about noon, starving; Tessa fixes me a breakfast of bacon, eggs, home fries, toast, orange juice, and coffee, which I consume like I’ve never had such an opulent meal. 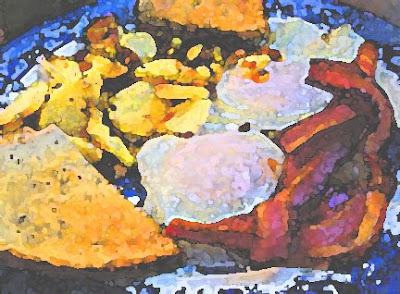 I’m still a little groggy, but at least I’m functioning.

“Sorry about barging in on you like that.” I finish my third cup of coffee. “Thanks for the food–I haven’t eaten so good in weeks.”

“Just get yourself some help and away from all these losers.”

“I’ve put down acid for good.”

I feel so safe here, but I can’t stay–I’d be risking getting Tessa busted, and she’s as straight as they come–one of those people everyone likes because she’s real about the straight life. She chooses straightness, not because her mother, school, church, or country told her to.

“I want to make something of myself,” she once said. “Make my people proud of me, show white America a thing or two positive about the Negro race.”

I’d absolutely die if she got busted because of me.

I help her wash up the dirty dishes and strip the bed–I offer to do her laundry, but she says, “That’s okay. I’ll do it later.”

That’s my cue to leave.

I sneak past Rudy’s place, and go back to apartment #12, where I take a quick shower, put on clean clothes, and gather some extra underwear and tops.

I’ll hide out at The Crystal Ship for a few days.

Maybe Stoney will be back soon. 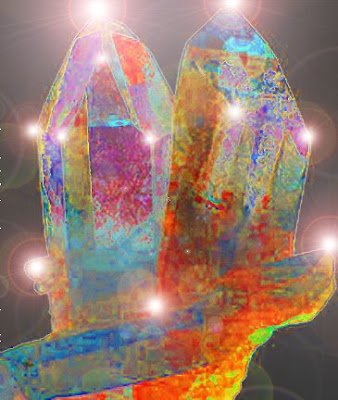 The Crystal Ship didn’t exactly work out as I had hoped. Duane said, as Stoney’s old lady, I was too hot. Said the cops were nosing around the shop, so I couldn’t stay.

"The Crystal Ship," The Doors

Then Levi said I could crash with him in his panel truck–he’s got a mini-pad all set up, complete with a double mattress, a lamp on battery, books, and even a dresser. “You can use the bathroom in The Crystal Ship, but only when Duane’s not around,” Levi said. “Then you can hang out all you want.”

Levi might buy the shop–Duane’s wife Pi just had a premature baby girl; he wants to develop a more stable business than a head and rock shop.

Last night, I made it clear that we weren’t going to have sex. “You’re just a friend, Levi.”

“There’s nothing wrong with screwing friends,” he said.

“Well, if you’re waiting for Stoney, forget it. He won’t be coming back for a long time.”

Hard to believe, but less than six weeks ago, everything was so fantastic–an entire new life with Stoney stretching out before me:

“Well, have you decided?”

“That we live together for a week or two before we...you know–”

I whispered, “I’m still a virgin.”

“I want to make sure we’re compatible.”

“I’ll give notice at the Dorm tonight.”

...Seems a lifetime ago now.

I’m afraid Levi’s right about Stoney not coming back. 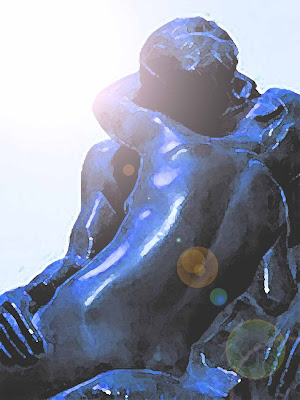 Levi’s been dating Pam, off and on, but he swears no woman will ever tie him down.

“She’s cool, a good lay, but nothing special. I got my life, she’s got hers–you know she’s been hanging out with Rudy again.”

“I thought that was over?”

I don’t understand these people who make sex such a casual thing; I don’t want sex just for sex’s sake. If I offer my body to someone, it’s because I want to be intimate with that person, no one else.

No choice–I have to go back to Ivar Street–nowhere else to go.

I’ll go back to the apartment, clean it up, and scour every nook and cranny for hidden stashes. Flush it all down the toilet. Then, even if the cops do come, they won’t find any shit around.

Once I get my head together, I’ll figure out my next move. 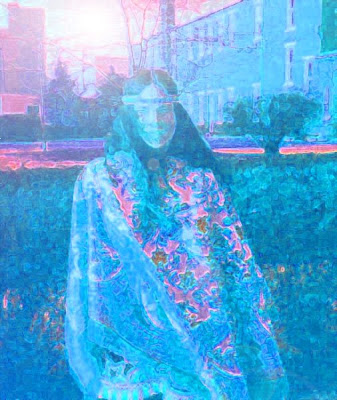 Excerpt from I, Driven: memoir of a teen’s involuntary commitment (Part I: “Going to Cherokee,” Chapter Twelve)

(Text copyright 2008, Jennifer Semple Siegel. Text/images may not be republished/reposted without permission of the author.)