Out-take: Jane and the York YWCA 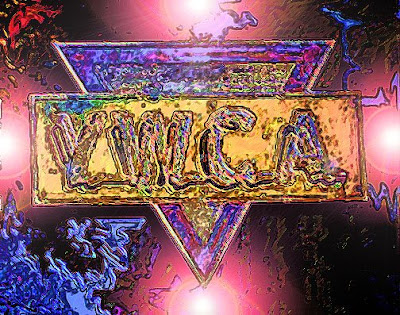 After spending a chilly night in Jeff’s old Valiant, I check into the YWCA.

My roommate is kind of cool, though she guzzles a lot of beer. She looks a bit like Mom--hell, she reminds me of Mom, right down to the red hair, globs of eye makeup, glazed half-closed eyes, languid hands clenching a large brown bottle and lit cigarette, lipstick stains on the filter.

“Hey,” she says, as I step into my new (temporary) digs, a large sunny room with five beds. “I’m supposed to have this room to myself.”

I shrug. “This is where the front desk told me to go.” I show her my key.

She sizes me up. “Well, then, pick a bed,” she says, apparently deciding I must be okay. “But not too close. I can’t stand snoring. I’m Jane, by the way.” She doesn’t offer her hand.

Still in her robe, though it was well after noon, Jane sits lotus style on her bed, pen and cigarette in the same hand, a letter in front of her on the spread. “I’m writing to my daughter. She’s 13.”

Jeff follows behind me with my trunk. I point to the bed furthest from Jane, and he flips the trunk on top of it. He kisses me on the cheek. “Well, I gotta go,” he says, looking slightly uncomfortable. “You get settled. I’ll pick you up later.”

I release him--he escapes through the door.

As I unpack a few things--enough for a couple of days--Jane, with the straightest face I’ve ever seen on a drunk person, says, “Okay, house rules of the Y-W-C-A.” She raises her beer bottle into the air. “No drinking and no smoking. Got that?”

I’m not quite sure what to say.

She bursts into laughter, a chain smoker’s hacking cackle. She reaches into a cooler beside her bed and pulls out another beer. “Here,” she says, pushing the bottle toward me. “I won’t tell, if you don’t.”

I take it and pick up the bottle opener on her stand and uncap it. “Deal.” I take a swig.

“He sure flew out of here.”

My relationship with Jeff will work out--it just has to.

I won’t go back to Sioux City, no matter what.

Is That All There Is? Peggy Lee

Home and Index/Table of Contents
*
Posted by Jennifer at 11:56 AM No comments: