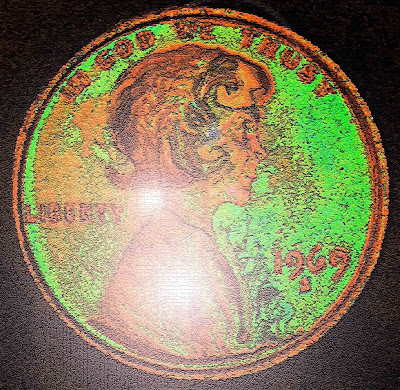 I don’t know why Penny’s* here in the first place--she’s been here over a year--and she keeps flip-flopping between Wards 2 and 4--maybe it’s because she’s mouthy and sassy and takes no lip from the staff. I call her Perky Penny. She’s small, and has a cute round face and short black hair styled in a flip, which makes her look a little like The Flying Nun. But she has a loud, gravelly voice, swears like a sailor, and smokes Kools, one after another. Only 17, she has a five-year-old kid by her married boyfriend, who’s raising the kid with his wife. How screwed up is that? Penny and this man ran off to Puerto Rico when she was 11, he 24, and that’s when she got knocked up. I can’t even imagine what kind of sexual appeal an adult male would see in a kid--he must be some kind of weirdo. But she seems so together, has never done drugs, just alcohol, and not very much, at least from what she says.

“I’ve got nowhere else to go,” she said, and left it at that. Her parents live in Sioux City, in Morningside. Maybe they think she’s incorrigible too, so they stuck her here--evidently, that’s what happens to incorrigible kids who don’t behave according to Establishment rules.

Later, Penny told me how mad her mother got when she returned from Puerto Rico, pregnant. Wanted to disown her. Excuse me, but shouldn’t her mother’s anger be directed at the father, a grown man? Penny’s just a kid; how could she be held responsible for having sex?

Probably didn’t even know what it was.

*
I’ll never understand why she’s in here. She’s just a kid who got a tough break, and the system didn’t know what to do, so they committed her. I’ll never understand Iowa laws, and why the father of her baby wasn’t thrown in the slammer after he took her and ran off to Puerto Rico--especially when she came back pregnant.

And I was under the distinct impression that it’s against the law to cross state lines with minors without parental consent. I certainly couldn’t escape Iowa, and I’m not a minor.

Even after all the shit she has endured, Penny remains cheerful and optimistic about her life, although there’s a wistfulness about her when she talks about her child, always showing his picture around. “He was taken away from me,” she sighs from time to time. “They didn’t even ask me what I wanted. They just gave him away. But when I go home, I get to visit him.”

*Names and identifying details of other patients have been changed.

Home and Index/Table of Contents
*
Posted by Jennifer at 8:59 AM