Excerpt--August 2004: The Miracle of Google 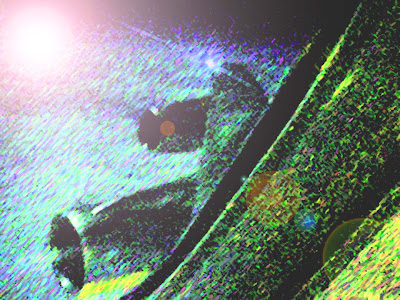 I yearn to understand my mother, but I doubt if I ever will. 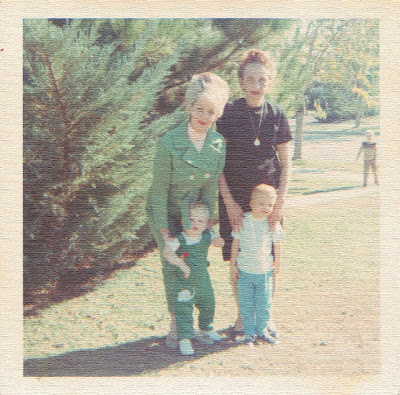 I Googled her as Jan Durrell, her professional name. Mary Lou “Marilyn” Semple Carson Kraft Whalen was a burlesque dancer who performed under the Durrell name.

On “Java’s Bachelor Pad,” accessed through Google, a full body pinup of Mary Lou, scantily clad in a red feather bikini and high heels, her short hair platinum, adorns the cover of Devils Dance in Me, by Lee Shepard (Chariot Book, 1963), accompanied by the blurb, “Her body ruled her brain. She lived in a town where female flesh was willing, waiting–and dirt cheap.” 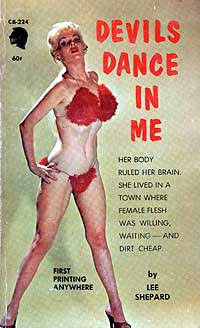 Her pose, by today’s standards, is mild: Jan Durrell, head haughtily tossed in the air, her chest thrust forward, legs slightly apart, right hand on lower hip seems to dare the men gawking at her to try any funny stuff.

Even knowing what my mother was, I’m still shocked by the pinup.

She’s my mother, for God’s sake. 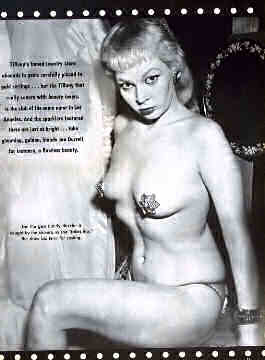 One: Mother’s chronic alcoholism. In 1979, Mary Lou died of liver failure–a slow suicide. She was just 48. To this day, her shadow trails me–as if she’s tapping on my shoulder, begging forgiveness. It’s difficult, though–probably why she continues to plead–but my inability goes beyond her lifestyle choices. I would forgive for that.

Two: Robin, my younger sister, and I being run over by a truck. Mary Lou was in bed when it happened–hung over. Robin and I escaped unharmed, at least physically, though, at six, I got a crash course on the concept of death. Experts insist the age of reason comes later, but I know better; it comes when it’s awakened.

Three: Robin and I being raised apart, she in Arkansas, I in Iowa. I’ll always feel a profound sadness and loss and, yes, anger. If only Mary Lou had reconciled her life, my grandparents would not have been forced to choose between raising Robin and giving her up.

Mom, if you were alive, I would tell you: your own mother Mo carried the guilt of that decision to her grave. As I grow older, I understand why she and Dee Dee gave up my sister, though knowledge doesn’t lessen pain. It only affects how I choose to forgive; she did what she thought was best and made a decision that offered little clarity of hindsight.

But it was the wrong decision. Thirty years later, in 1987, when I finally reunited with Robin, how could I blame her for preferring ties with her Arkansas kin? She remembers nothing about Mother or me, so how could she possibly love us?

Mother, your part in this drama is unforgivable. I’m still working on forgiving Mo and Dee Dee, now long dead. Perhaps this year’s trip to Sioux City will be one leg in that process. I concede that you had little to do with Cherokee, defining event four; by this time, you were remote from my life. But you should know that I’m about to undertake one of the most important journeys of my life. I’m going to the Woodbury County Courthouse, obtain my commitment records, accept whatever they reveal. 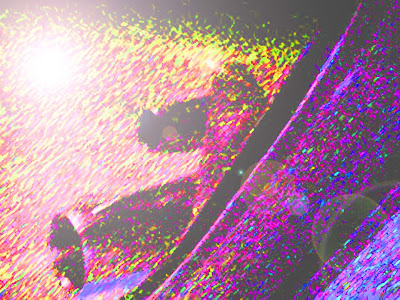 NOTE: Mother aspired to be a burlesque dancer in the league of Blaze Starr, but it was never to be. She did work in some of the same clubs as the comedian Lenny Bruce and his wife Honey, but she was always on fringes of the industry.

When I was 17, she taught me some of the classic moves performed by strip tease dancers, but it was never something I wanted to do.
*
Posted by Jennifer at 9:10 PM