Off Topic: For the Record, I Support Barack Obama 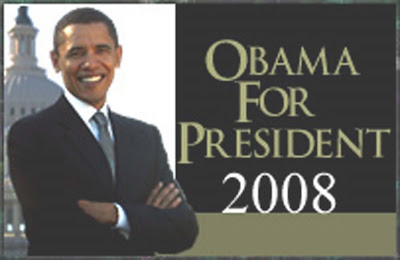 With all due respect to John McCain (and his ad on my site), I am an Obama supporter. While I have agreed to allow ads on my site, I don't select the specific ones placed here.

I have no intention of smearing Mr. McCain, but I'm a Democrat, and I find Barack Obama's arguments and viewpoints more compelling than McCain's.

Yes We Can (will.i.am of Black Eyed Peas)

The Emmy Winning video "Yes We Can" is a collage style music video inspired by a speech delivered by Barack Obama following the 2008 New Hampshire primary, derived from similar union catch cries. The song was released on February 2, 2008 by the Black Eyed Peas member will.i.am on Dipdive.com and also on YouTube.

YES WE CAN was bestowed an Emmy for Outstanding New Approaches - Entertainment at the 35th Annual Daytime Creative Arts and Entertainment Emmy Awards Ceremony on June 13th 2008 at the Frederick P. Rose Hall at Lincoln Center in New York City.

Thanks for your understanding.