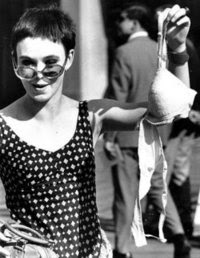 Radical feminism recognizes the oppression of women as a fundamental political oppression wherein women are categorized as an inferior class based upon their sex. It is the aim of radical feminism to organize politically to destroy this sex class system.

As radical feminists we recognize that we are engaged in a power struggle with men, and that the agent of our suppression is man insofar as he identifies with and carries out the supremacy privileges of the male role. For while we realize that the liberation of women will ultimately mean the liberation of men from their destructive role as oppressor, we have no illusion that men will welcome this liberation without a struggle....

The oppression of women is manifested in particular institutions, constituted and maintained to keep women in their place. Among these are the institutions of marriage, motherhood, love and sexual intercourse (the family unit is incorporated by the above).