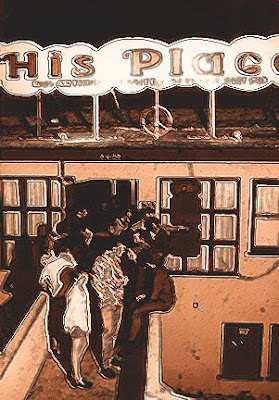 Jeff, Eleanor, Pam, and I were hanging out at Wallich’s, though not much happening.

Eleanor met up with Jim, her new guy, and split.

Before Pam, Eleanor and I had been getting close, but now we seemed to be pulling away. Maybe it was because she was still in high school. True, she had all this freedom to come and go as she pleased and did drugs on weekends, but she still had to go to school and do her homework, so we didn’t do as much together anymore.

When we were roommates, I had to be quiet on week nights.

I also found out that Eleanor wasn’t supposed to do drugs on school nights, only on weekends; her dad came down hard on her when he discovered she was dropping acid on weekdays.

Rick, who stood me up the previous night, showed up.

My heart skipped a beat.

Rick eyed Jeff up and down and threw his arm around my waist.

“It’s this really cool church on the strip, filled with freaks,” I said.

“It’s not an ordinary church,” I said. “You’ll just have to see it to believe it.”

“I heard someone spiked the Kool-Aid with acid one night,” Pam said.

“Over a hundred kids were stoned out of their gourds. Must’ve freaked out Rev. Blessitt.”

“Gives Jesus freaks a whole new meaning,” I said. “I can’t even imagine being around 100 acid heads. In church, yet.”

“Good thing the pigs didn’t get wind of it,” Rick said.

“Funny thing. The cops weren’t even around that night. How lucky was that?” Pam said.

“Come on, it’s really far out, and they serve food,” I said, suddenly starved. I couldn’t eat the gruel served at the dorm: Fish sticks and overcooked broccoli.

“Bagels and sandwiches, Kool-Aid–” we all snickered “–and coffee.” 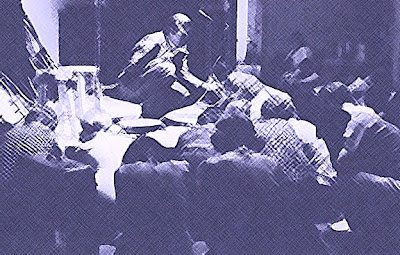 When we arrived at His Place, a toilet service had just begun.

Rev. Blessitt read from the Bible,

“Therefore, if any man be in Christ, he is a new creation; old things are passed away; behold, all things are become new” [2 Corinthians 5:17].

A few heads witnessed in the john as they tossed their dope into the toilet and sang,

All my dope is gone.

All my dope is gone.

I fished around in my pocket; I still had that Blue Cheer from Rudy’s party two weeks ago–no way was I going to dump it down the toilet and watch it swirl away.

After the service ended, we dug in and ate bagels smothered with peanut butter and jelly.

We hung around for a bit.

I don’t buy into the religious bit, but I can’t help it: I like Rev. Blessitt. He believes in what he does, not just going through the motions, like some of those priests back home. The Reverend puts his ass on the line every day, and the Establishment kicks it daily, especially the religious Establishment. What hypocrites. You’d think they’d want to help Rev. Blessitt in his mission. But they can’t see past the run-down church on the strip, the long hair, and the dope.

Still, there was something creepy about ex-heads taking up Jesus in place of acid.

The worst converts in the world, always shoving tracts and Bible verses in your face, the “Eithers/Ors,” the black and whites–you’re either for Christ or against him, no room for doubt.

If I wanted to be told what to believe, I’d still be going to Mass. 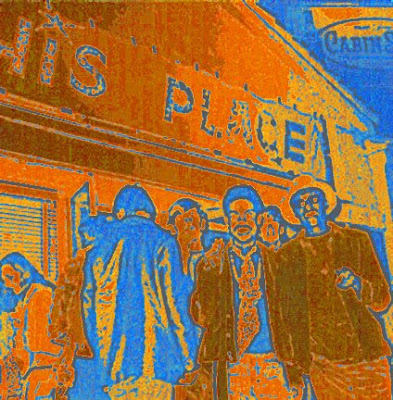 Home and Index/Table of Contents
*
Posted by Jennifer at 6:31 PM