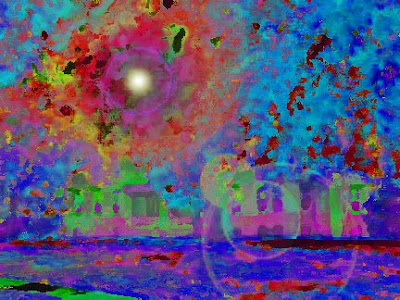 I would never write my autobiography for public distribution.

For one thing, I'm not a famous person, nor have I accomplished any extraordinary feats or deeds. Noted people and celebrities can get away with writing about the mundane details of their lives because publishers understand that most readers will put up with the ordinary to get at the nuggets. They won't do that for Jennifer Semple Siegel or any other unknown.

Also, I did not grow up in a third-world country, served as a child soldier, or been married to a serial killer.

As a whole, my life has been rather mundane, so I would rather not bore a readership with the minutia of my day-to-day life. Let us not worship at the altar of the ordinary.

However, four and a half months of my life were somewhat extraordinary and occurred at a time when the world around me was changing, while I, too, was changing from child to young adult. I didn't exactly do any extraordinary actions, but an extraordinary event happened to me, and I reacted in a way that forever changed the course of my life.

Thus, my 415-page memoir focuses primarily on a finite period of time with some apropos flashbacks and flash forwards.

So, then, what is the difference between "autobiography" and "memoir"?

On Pub Rants, Agent Kristin differentiates between memoir and autobiography:

A memoir is a story (with a story arc not unlike what occurs in a novel) told through a prism of one particular life experience and it usually focuses on a finite period of time and not the person’s life as a whole. A memoir has crafted scenes that build on one another to reach a pivotal moment.

An autobiography has remembrances of important events throughout the author’s life and how it unfolded from that person’s unique, inside perspective. They can be separate from each other and don’t need to build to a climatic moment.

Writing a memoir can be a satisfying and cathartic experience; it can also be acutely painful to dredge up old memories.

For me, one unexpected surprise: during the eight months (2004-2005) I wrote the first draft of I, Driven: memoir of a teen's involuntary commitment, I tended to "revert" back to being 18 years old, and, sometimes, I found it difficult to shift back to the present.

I now know, however, that was part of the process of writing a memoir.

This text may not be republished or reposted without permission.

Index/Table of contents
Posted by Jennifer at 12:56 PM