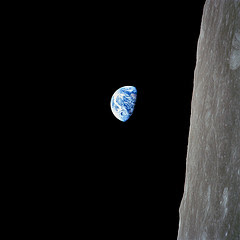 "The vast loneliness up here on the moon is awe-inspiring...makes you realize just what you have back there on Earth," says Lovell. "The Earth from here is a grand oasis in the big vastness of space."

"We are now approaching lunar sunrise," Anders says. "For all the people back on Earth, the crew of Apollo 8 has a message..."
"In the beginning God created the heaven and the earth..." 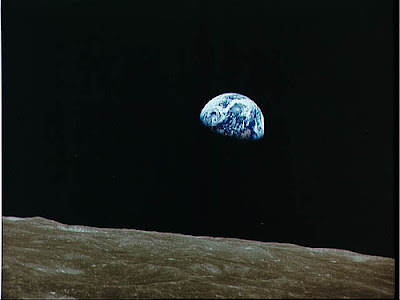 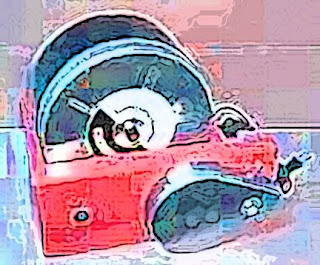 I’m sprawled out in the work room with Levi, a some-time clerk at The Crystal Ship and a drug dealer on the Strip.

My old man Stoney drops stones into a rock polisher.

Duane and Pi, owners, arrive to lock up for the holidays. 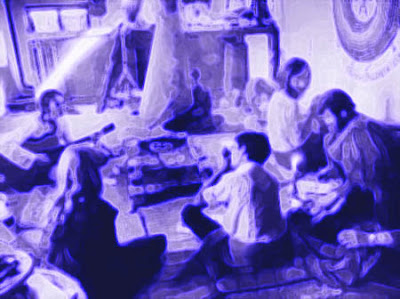 "You gotta hear this," Pi says, clicking on the radio. "The astronauts..."

And the earth was without form...
"That is so fucking far out," Stoney says, shutting off the polisher.

...And God said, Let there be light: and there was light.
President Kennedy’s promise of landing men on the moon before 1970...will it really happen?

...God divided the light from the darkness.
Imagine! Men circling the moon, 250,000 miles from earth, something I’ll never experience–except in my own head. 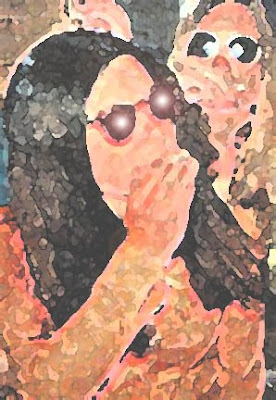 ...God made the firmament...
We all take a toke, except Pi, who’s seven months pregnant.

...and it was so.
The shop now closed, we hover around Duane and Pi’s radio, to wonder what Earth looks like from outer space.

...God called the firmament Heaven.
Duane takes the last toke. He hands the roach to Levi, who eats the evidence.

...Let the waters under the heavens be gathered...
"Yummmm," Levi says, "Priceless."

...and it was so.
"Yeah, like not getting busted in my own shop," Duane says.

"I have a present for everyone," Levi says.

...God saw that it was good.
"Not wrapped. Sorry." Levi offers each of us a blue tab of acid. 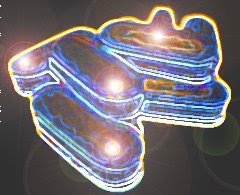 ...from the crew of Apollo 8...a Merry Christmas...
"Blue Moons, the best shit on the market. Merry F. Christmas!"

...and God bless all of you...
"Now we can all split," Duane says, turning out the lights. 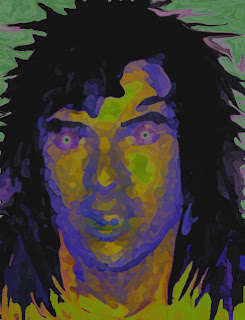 Excerpt may not be used or copied without author’s permission.
-